I dug out my high heels to cover the European premiere of new sci-fi movie Pacific Rim for MTV.

Among the stars walking the carpet at the BFI Imax in London were director Guillermo del Toro and the film’s front man Charlie Hunnam who was sporting long locks on the night!

On casting Charlie, Guillermo said that he was the sort of guy you’d like to have a few beers with! Sadly, I didn’t get the chance to test out his theory!

My interviews will be used on Movies.MTV, which shows daily on MTV Networks. 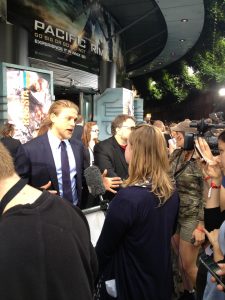 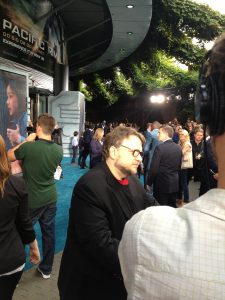